Coco d'Or a stunning mix of bubbly and beer

(2014) Brewed according to the German purity law, an indication that is popular all over the world, as real German beer is very popular amongst consumers worldwide. But ordinary beer has not been enough for Martin Walschebauer for quite a while, something unique, unmistakable and unprecedented was needed. Martin found enough inspirations in the idyllic landscape of the Black Forest alone, for where mystical valleys, cascading waterfalls and sparkling clean sources are indigenous, tingling passion arises by itself. And from a fascinating idea a distinctive luxury brand with promising name Coco d'Or was born, which from now on has satisfied lovers all over the world with sensual experiences on the tongue.

From the small but fine Black Forest Gold Brewing Manufacturing in Vörstetten comes an exclusive and noble beer brand that has been immortalized from the start with the promising name Coco d'Or in the hearts of many beer lovers. A fantastic taste, full bodied and fruity at the same time which is simply incomparable. Specially selected ingredients such as malt or regional Sapphire hops are brewed together in spring water from the Black Forest to a red-gold and brilliant drink, which is characterized by wonderfully fruity fragrance components. Just by pouring into a glass lovers inevitably will notice the golden shimmering color with sparkling beads and fruity scented foam, which exudes hints of apple and banana. Outsiders would probably never suspect the creatively packaged in a champagne bottle with a bilingual label in beer and yet it is not a champagne presented when opening the cork with a decent pop, but a fascinating beverage brewed according to the German purity law from 1516.

Stronger than a conventional beer!

Martin Walschebauer made a promise with the invention which states the enjoyment of Coco d'Or as a sensual experience for the tongue equal to that inspired by the lightness of being that is firmly anchored in the senses. He was right with this statement, because even the limited edition of 3,000 bottles of 2013 enjoyed an enormous demand, which achieved excellent results despite a steep price of no less than 18 euros for a 0.7 liter bottle. This limited edition can only be purchased from www.bier.de and are therefore not sold in any drinks market or supermarket sale. Currently, Martin Walschebauer and his team have ventured to the brew the vintage 2014 which must undergo a two-month aging period afterwards. About affluent customers, Martin Walschebauer can really not complain, because renowned golf clubs, hotels and shops specialised on beer are among the customers of that vintage. In Asia lovers have also discovered the unique and unmistakable taste of luxury brand Coco d'Or and thus it is not surprising that a large part of the premiere vintage 2014 will be delivered to customers in China.

The small but mighty secret of Coco d'Or!

Each brand has their little secrets, as well as the precious beer Coco d'Or from the Black Forest Gold Brewing Manufacturing in Vörstetten. Please never tell anyone, because the secret says that Coco d'Or matures not alone under the auspices of a small Brewery in the Black Forest to one of the most exceptional beers. The soul of this unique and distinctive specialty beer is indigenous in the Black Forest, the wort, which is prepared and cooked in a complex process using all German brewing. With selected ingredients from the best Baden malt, hops and crystal clear spring water from there Black Forest Coco d'Or is brewed to the strict rules of the German Purity Law of 1516, but the wort is fermented with champagne yeast. The finishing of the actual wort is done in a secret private press in the immediate vicinity. Only then lovers all over the world including China can enjoy the brilliant, champagne-like taste!

Please note for the enjoyment

COCO D OR is an acid-fitting specialty beer, the first wheat champagne and only of its kind. Similar to the Berliner Weisse or the Leipziger Gose, but unlike most beers, it neither focuses primarily on hops nor on malt, but it gets its flavor from the three different yeasts which it was fermented with. That means triple production time. The champaign generates from the specially obtained in an elaborate brewing process of malt sugar, as a by-product acid. Mainly apple and transferul acid, which create a unique, cider-like taste. It is brewed according to the German purity law from local organically grown malt and hops sapphire, and spring water from the Black Forest. It is perfect as an aperitif, between courses, but also as a desert. Because of its acid actually to any greasy food. Coco d'Or means "the icing on the cake or the cherry on the cream" An incomparably full-bodied fruity tart taste. Completely ice-cooled and serves in champagne glasses! Refrigerator temperature is not enough! 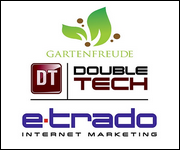